I bought all the presidents men. Figure i needed to brush up on watergate.

A Timeline of Sedition

With all of Comey’s memos and political hot air flying around these days in Washington DC, one word that has been noticeably absent is the word sedition.

According to our laws, Seditious conspiracy occurs when two or more persons conspire to overthrow, put down or to destroy by force the government of the United States and those found guilty shall be fined and/or imprisoned up to 20 years.  As defined by Webster’s Dictionary, Sedition is incitement of resistance to, or insurrection against, lawful authority.

Resistance.  Where have I heard that before? 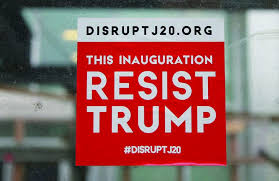 Oh yes, from the leaders and members of the Democrat Party, their media activists, supporters, and Hillary Clinton, who, in an interview with CNN last year, described herself as “part of the resistance.” Her new mantra is Resist. Insist. Persist. Enlist. 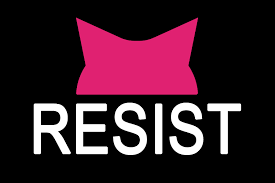 Yet, the facts show that Hillary was not just a part of the resistance after her campaign, she was actually leading the resistance by having her DNC law firm, and an opposition research firm-Fusion GPS, contract a foreign agent–Christopher Steele, who then worked with Russian agents to craft a phony dossier–which then was used to initiate a counter intelligence spy operation into the Trump Campaign.

In common sense circles, this is called spying–intelligence gathering using wire taps, informants, agents, and, last but not least, the foreign intelligence surveillance court.  The Democrats need you to believe it was only related extensions of the surveillance operation of Carter Page. Yet, these court-issued warrants created an unlimited dragnet affecting many within and surrounding the Trump campaign.

Back in April of 2017, the FISA court found that 85% of the Obama’s FBI and DOJ 704-5 FISA searches were illegal and illegal provided to government outsiders–other wise known as the main stream media. The withholding or presenting false evidence to the FISA court is a crime.

Who was in charge of this counter intelligence spy operation?

In salcious terms, that would be a married man–sleeping with his collegaue, a FBI lawyer— and the same man in charge of the Hillary Clinton server-email investigation.  His name is Peter Strzok. His mistress, Lisa Page.

Like Lisa, Peter was “all in” for Hillary, and a Never Trumper, but he, more importantly, was the FBI Deputy Assistant Director of the Counter Intelligence division.  Peter referred to the dossier, in text messages to Lisa,  as an “insurance policy” which would then be used in case Trump won the election. Peter’s boss was James Comey.

James Comey knew Christoper Steele was a liar.  James lied to congress.  James leaked federal records  in order to have a special counsel appointed, and told president-elect Donald Trump that the dossier was “salacious and unverifiable.” Yet, Comey used the unverifiable Steele dossier to obtain FISA warrants. According to the actual evidence, Comey signed three FISA applications on behalf of the FBI, and Deputy Director Andrew McCabe signed one. Sally Yates, acting Deputy Attorney General Dana Boente, and Deputy Attorney General Rod Rosenstein signed one or more of the applications on behalf of the Justice Department.

“Unwittingly” or wittingly, Obama’s DOJ and FBI used unverifiable and salacious evidence to surveil the Trump campaign and then, according to text messages and other related evidence, conspired and coordinated to RESIST the incoming Trump administration. The agents and bureaucrats of the prior administration, and Christopher Steele, used the willing press to spread a disinformation campaign. James Comey leaked in order to get a special counsel.  Robert Mueller was assigned as special counsel by Deputy Attorney General Rod Rosenstein….the very same Rod who signed off on a FISA application on behalf of Obama’s DOJ.

The spin of this sedition by Democrats, their media activists and operatives are simply recycled tactics of the radical Left.

For in the words of Hillary Clinton’s mentor, Saul Alinsky,

“Accuse your opponent of what only you are doing, as you are doing it, to create confusion, cloud the issue, and inoculate voters against any evidence of your guilt.”

The only just end to right the wrongs of this illegal “witch hunt” is to apply the law equitably– IF we are still a nation of blind justice and not a nation of social justice.