But I wonder how I lived at all for all the three hundred and sixty fives before I met you.

First Lady Nancy Reagan died from congestive heart failure at the age of 94, March 6, 2016. Two days prior, on March 4th, she may have read a letter or two from her late husband, her “roommate,”  her Ronnie, as that day would have been their 64th wedding anniversary.  Their love story is captured and chronicled in I Love You, Ronnie.  In its’ preface, she states: “My life really began when I met Ronald Reagan.”  On their 31st wedding anniversary, as he did every year, he wrote:

“I more than love you. I am not whole without you.”

The love and devotion found in these love letters provides us a window into the heart of a man who also shared a deep love for our country, and who inspired and united our nation in a time of great strife and uncertainty.  The letters also reveal how important she was to his presidency. The love she gave him in return provided him strength and comfort to lead, until he could lead, or write letters, no more. 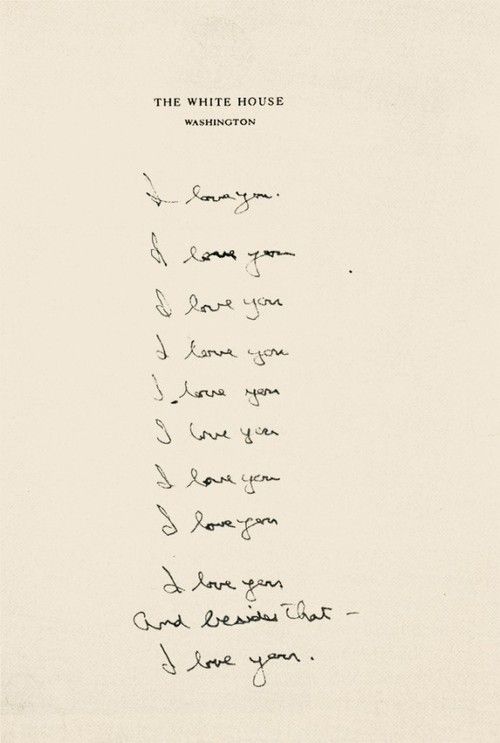 He was our President, she our First Lady, at a time when Character was King.

“Life began for me when you were born. You are the light of my life and I never want you to go out.”

Ronald Reagan’s political and personal life began and flourished because of her quiet strength and unwavering dedication to him and our country, presented with an innate style of class, elegance, and graceful resolve.  She was his partner who stood by his side during arduous campaigning, painful losses and personal tragedies–in sickness and in health.  The love of her country, and her husband, gave us a president who was a complete man, a happy man, and who was lonely and quite lost when they had to be apart:

“I am hollow without you and the hollow hurts.

With Nancy’s passing, their is a hollowness, a hurt, a painful loss–a close to the era when character was king and at a time when the party of Reagan struggles to find a principled leader–one who can revitalize and unite the grand old party, our grand old country, once again.  Nancy shared these letters with the world, on their 50th anniversary, in order to provide anyone answers, help or happiness.  Yet, character is what you do when no one is watching, and Nancy loved her first role in national politics when she became First Lady of California.  She writes,

“Life was changing; each day was new. I found I really liked the job of being First Lady of California.  Ronnie and I gave dinners for returning Vietnam war prisoners, and I often visited the wounded Vietnam veterans in local hospitals.  I’d always end my visits by asking the men if they wanted me to call their mothers or wives.  They usually said yes, and I’d go home with a list and start making calls, and the conversations would most always be the same:

As we pay our final respects to Nancy, and say our last goodbyes, may we heed and remember her words:

” In the climate of today, I think it would be good for all of us to focus on the positive, the true, the things that really last, on character, humor, commitment and love, and the happy memories of a wonderful man and his life.”

A life only possible because of his “Nancy Pants,” our First Lady–a lady who gave his life meaning and who shared their lives because of the love of their country, for one another, and their love for the American people.

Nancy Reagan will be laid to final rest next to her Ronnie this Friday–together again, as they once were, where they were destined to be.  Together again, resting side by side, in eternal peace.