Crime expands according to our willingness to put up with it.
Barry J. Farber

The Democrats are a network of criminals who seek to sabotage this past election using the press, various progressive organizations and George Soros NGO’s.  Their deceptive practices are direct assaults on our electoral process and threaten the stability of our republic. Their “Resistance,” supported by powerful Democrats and their activists, use inciting rhetoric to foment violence, leading to attempted assassinations of dozens of GOP congressman by Bernie Sanders supporter, James T. Hodgkinson.

Although the Trump-Russia narrative of collusion has been dispelled by lack of evidence, it still makes headlines. Although Lyin’ Chuck Schumer kept repeating a lie, there was never a FBI investigation of President Trump.  The Democrats and their media complex run with fake news, in order to run away from the long list of their potentially criminal and unethical activities.

Before anyone knew John Podesta, Andrew Breitbart knew John  Podesta.  Andrew also warned us of the Democrat Media Complex, and they instinctively responded with defaming accusations of racism. Yet,  the Democrat Media Complex is exactly what Wikileaks uncovered, through a third party hack into John Podesta’s email account, giving the world a window into the many unethical, and potentially illegal activities of collusion and coordination of an attack on our electoral processes and our President.

The Democrat Media Complex operates with outward contempt towards the Republican Party, the Trump administration, and his supporters.  They ignore their ethical obligation to seek, find and report the truth.  With the utmost hubris and hypocrisy, the main stream media publishes headlines, followed by sensational stories from “anonymous sources close to the White House,” and then allows these stories time to ruminate in the public sphere for maximum consumption–until they are forced to issue a retraction, 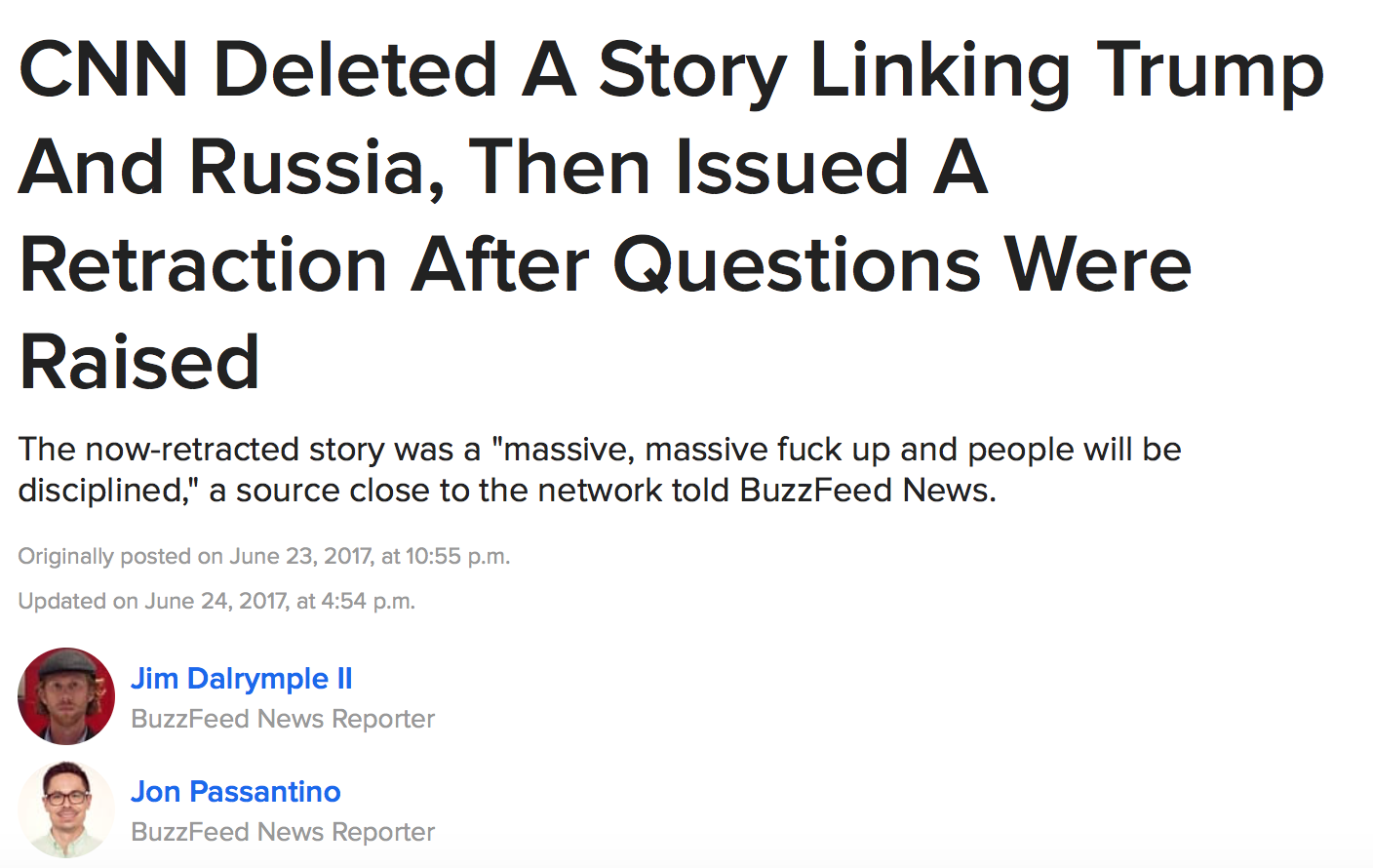 The owner of the New York Times, Carlos Slim, lost $2B when Trump was elected.  But, owning the narrative is a priceless cover up.

Loretta “Blood in the Streets” Lynch was outed by James Comey as covering up the Hillary Clinton criminal investigation by referring to it as  a “matter,” to which he complied.  Although this request made Comey queasy, he didn’t report it or scribe his infamous memos. He, or the FBI, has yet to produce any Comey memos–except those that were leaked to the New York Times.

Comey’s credibility was further challenged by Lynch when she had a heated summer romp on the Phoenix runway with Bill Clinton.  Although Bill has had many romps, this particular love fest was during a time that he and his wife were under a “matter,” otherwise known as a federal criminal investigation.

Yet, nothing to see here…. until a local, eagle-eyed journalist caught them in the act. The accidental revelation of this planned,  clandestine meeting made James Comey take over and reopen the Hillary investigation.  Yet, James Comey’s FBI was on the tarmac ordering the journalist not to take photos.

The former president steps into her plane. They then speak for 30 minutes privately. The FBI there on the tarmac instructing everybody around ‘no photos, no pictures, no cell phones.

Which begs the question, did James Comey know his FBI was on the tarmac, and if not, why not?  If he didn’t, Loretta Lynch did.

During testimony on Capitol Hill before the Senate Judiciary Committee, Comey said “I’m not picking on the attorney general, Loretta Lynch, who I like very much, but her meeting with President Clinton on that airplane was the capper for me,” he said.  “And I then said, ‘You know what? The department cannot, by itself, credibly end this…But look, I was not loving this. I knew this would be disastrous for me personally. But I thought this is the best way to protect these institutions we care so much about.”

In other words, Comey’s protection of our institutions would be disastrous.

Loretta Lynch has now been asked to appear before the Senate Judiciary Committee, along with George Soros operatives from the Open Society Foundation, regarding alleged communications related to the FBI investigation into Hillary Clinton.  This wouldn’t be Senator Chuck Grassley’s first request, as his earlier request have been stonewalled. by the FBI, led by another compromised official, Andrew McCabe.

Since this investigation of Loretta Lynch has been announced, the Democrat Media Complex has provided the cover for the Democrats by simply ignoring it.

James “Queasy” Comey. Long-time Clinton surrogate and the former Director of the Federal Bureau of Matters, got canned by Donald Trump and then chose to retaliate by leaking to the New York Times.  While the country endured the political kabuki dance of the Russia witch hunt, one thing became clear.  Felonies were everywhere and the felonies were the leaks.  So, why wasn’t the FBI starting “matters” into the felonies?  Comey’s testimony, likely given under the assumption that he had been recorded in the oval office, cracked his polished facade and exposed the truth.  It would be hard to believe that this was Comey’s first leak, and it’s hard to investigate yourself, especially when a leak will guarantee an appointment of a special counselor. Robert Mueller is that special counselor who now must recuse himself due to his personal relationship with James Comey.  That is the law…if we are a nation of laws.

John “Password” Podesta will face the House Intelligence committee this week in a closed session.

The House intelligence committee next week plans to interview John Podesta, Hillary Clinton’s 2016 campaign chairman whose hacked email account became central to Russian meddling in the US election last year, according to multiple sources familiar with the matter.

Podesta will be one of the committee’s first major witnesses to meet with the panel behind closed doors as it tries to determine the extent of the Russian involvement in last year’s campaign and whether any of President Donald Trump’s associates coordinated with the Russians.

The committee sent out requests to interview six witnesses this week, sources said, with Podesta expected to be interviewed next week in a classified session. The committee is expected to question Podesta about the leak of thousands of his emails, which became a political headache and embarrassment for Clinton in the heat of the campaign season.

Podesta’s appearance comes days after the panel’s leaders met behind closed doors this week with special counsel Robert Mueller, who is trying to ensure that the multiple investigations on Capitol Hill do not conflict with his ongoing probe into Russia meddling and whether there was any criminal activity by Trump associates.

Will anyone on the committee ask John about his collusion with the press to sabotage and undermine the electoral process?

According to The Gateway Pundit:

During the recent 2016 Presidential election John Podesta’s emails were obtained and released by WikiLeaks late into the campaign.  Although the mainstream media would not report what was in these emails, the GWP and other conservative websites did report the insidious, corrupt and elitist activities and scheming included in the emails.

The WikiLeaks emails showed that the Clinton campaign was in cahoots with the MSM.  At least 65 MSM reporters were meeting with and/or coordinating offline with top Hillary advisors.  The emails also showed that as early as December 2015 Podesta discussed Trump’s “bromance with Putin” and the potential for using it as a means to slander Trump.

Will anyone on the committee ask John about Russia and Joule?

According to The Daily Caller:

The same year Podesta joined Joule, the company agreed to accept 1 billion rubles — or $35 million — from Rusnano, a state-run and financed Russian company with close ties to President Vladimir Putin.

Eric “The Gun Runner” Holder, the only Attorney General in the United States to be held in contempt of congress, believes he’s got a resume worthy of a presidential candidate. Debbie Wasserman Schultz employed Pakistani spies and rigged a primary election to give Hillary Clinton the nomination. Susan Rice refuses to testify regarding the potentially illegal unmasking of private individuals, even though the FBI and NSA admitted to illegal wrong doing to the FISA court.

Hillary ” Why am I not 50 points ahead” Clinton left many people wondering why she isn’t facing 50 years in prison for destroying 30,000 government documents, sharing top-level classified information, and using hammers and Bleach Bit to destroy government property.

What difference does it make?  The difference between enforcing the law and our willingness to put up with the cover up.