Paradox:  Truth standing on her head to gain attention

6 quick and simple rules to become a Progressive Christian:

Voila!  You are a Progressive Christian aka a PC.  Coincidence?  I think not.
In the day and age of when a clock, that looks like a bomb, wins you an invite to the Whitehouse; a pop tart, chewed into the shape of a gun, warrants a school suspension, and Donald Trump is blamed for something he didn’t say, the truth seems to be standing on her head, and not only to gain attention. It is political.
Earlier this year, Scott Walker fell into the same trap.  When asked if Obama was a christian, Walker replied, “He didn’t know.” The faux rage from the left soon followed–much like this past weekend.  However, when 36% of Democrats do not know if Obama is a christian,  the Democrats might try selling Obama’s christianity to a third of their base.
Free tips to the DNC: Do not recycle this photo from Hillary’s 2008 campaign: 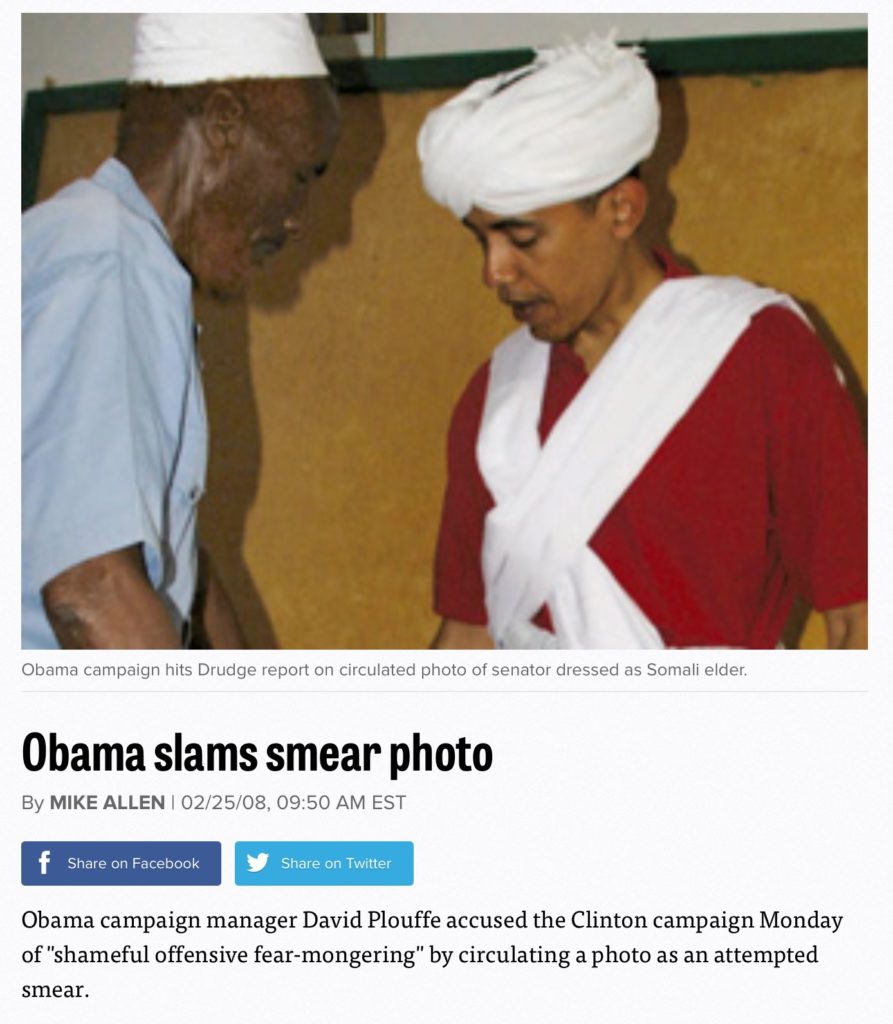 or use President Obama’s interview with Democrat “journalist”, George Stephanopolous: