Leftist feminist women are trying to dominate/destroy our youth through their envy and hatred of men. Their denial of their own power to unite, or the power to divide, is significant. Women have amazing power, but when used destructively, is devastating. 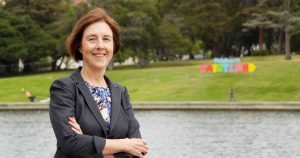 Except for some allegations of actual rape and serious violent sexual assault, far too much of the behavior spelled out in the #MeToo movement is not criminal. The women who have climbed the career ladders using sex is not insignificant and cannot be downplayed in the #MeToo movement, regardless of how many of them signed “the letter.”

Michelle Wolf, the vile comedian who hosted the White House Correspondents Association annual event Saturday, made disgusting jokes during her 15-minute monologue, mocking White House Press Secretary Sanders’ appearance saying, “I’m just excited Sarah finally gets to go to prom,” a reference to the dinner’s reputation for being a “nerd prom.” And calling Sanders “an Uncle Tom but for white women who disappoint other white women.”

The University of Texas has announced a new program to treat masculinity as a “mental health issue.” Can you just imagine the hideous feminists, dressed in hemp moo moos and Mephistos and Birkenstocks, sitting around the university conference room table, dreaming up this loser program? According to PJ Media, “the program is predicated on a critique of so-called ‘restrictive masculinity.’ Men, the program argues, suffer when they are told to ‘act like a man’ or when they are encouraged to fulfill traditional gender roles, such as being “successful” or “the breadwinner.”

The real crime being perpetrated on American women and men can be blamed on all of the virtue-signaling faux feminists in the country, and especially those currently holding political office.This absurd program has no leader, and no formal plan yet. However, attacking men and their masculinity qualifies at the University of Texas as an “acceptance of gender diversity.” This proposed program is an attack on males and is only meant to emasculate them. “The school is in the process of hiring a ‘healthy masculinities coordinator’ to run the program, and a school official tells PJ Media that some hopeful hirees are interviewing for the position later this week.” Can you just picture the ugly gender-bending feminist who will be hired for this role?

For years I’ve written about the feminist movement and the horrific crimes perpetrated on young women, and more recently, men of all ages. The feminist movement, which is also an arm of Planned Parenthood, is in denial about human nature, and is hell bent on enslaving our boys and turning all of them into wimps.

Sen. Nancy Skinner, D-Berkeley, an outspoken women’s rights activist was silent during accused harasser Assemblyman Raul Bocanegra’s 2012 and 2016 Assembly campaigns, despite a group of 11 women who wrote to her asking the Assembly Rules Committee to release information about Bocanegra’s sexual harassment history so the voters in his district could make an informed decision. Yet it was Sen. Nancy Skinner who claims she cares so much about women, she called for the White House to release Melania Trump’s immigration documents.

Another faux feminist, Democrat State Senator Hannah Beth Jackson of Santa Barbara, introduced a bill in August 2017 that targets sexual harassment in private sector venture capital businesses. While Senator Jackson, an outspoken mega-feminist and misandrist, has been silent on her own colleagues’ sexual exploits in the Senate and Assembly, she instead she set out to attack private sector venture capitalists.

Another falsehood is the lie perpetrated by leftists that one in five women are raped while in college. Ironically, while women were apparently being harassed inside of the Capitol by plenty of Democrats, then-Sen. Pres. Pro Tem Kevin de Leon, D-Los Angeles—currently a candidate for U.S. Senate—authored the 2014 “Yes Means Yes” bill SB 967, signed into law by Gov. Brown, which reclassifies consensual sex on college campuses as “rape.” The bill now allows California colleges and universities to bypass proper police procedures and deal “internally” with campus sexual violence in a kangaroo court setting where men are always guilty as charged. California is the first state in the U.S. to require public colleges and universities to adopt a “yes means yes” standard of affirmative sexual consent when dealing with sexual assault crimes on campus. It is still unclear how classifying most consensual sex as rape, will do anything to help real rape victims.

Ironically, Sen. Skinner is among more than 140 women who signed a letter detailing sexual harassment inside of the Capitol, demanding that it end. Isn’t that rich? Skinner signed the letter along with women who actually have been sexually harassed and abused by Skinner’s fellow lawmakers, whose actions she covered up?

No other Capitol feminists have called for Sen. Nancy Skinner to also step down for covering up Assemblyman Bocanegra’s sexual harassment and assisting his election to the Assembly where he allegedly went on to harass more women. And isn’t it interesting that NARAL, NOW, and the many self-proclaimed feminists in the Women’s Caucus who claim to be champions of women’s rights are rather silent? Where is Sen. Hannah Beth Jackson? Sen. Holly Mitchell? Or Assemblywoman Lorena Gonzalez Fletcher… whoops, I’ve ben told by Capitol staffers that she also is accused of covering up a staffer who is an alleged harasser.

However, today’s liberal women are destructive, antagonistic women, devoted to their own misery in undermining traditional institutions crucial for a healthy, dynamic society: marriage, motherhood, and fatherhood.

Many police departments’ Special Victims units report a false rape report rate in the double digits, and some as high as 40 percent. The #MeToo movement only proves this. Real rape is a violent criminal act. But what these horrible women do with their false accusations and cover ups only convolutes real sexual harassment and real sexual abuse cases, and further victimizes real rape victims… and they only do it because they are covering their own political butts.

It’s time to call out the #MeTooBS.