I have been hearing this phrase quite a bit lately from various congressman and reporters: “If we are going to have an open and honest conversation about (insert racism, Obamacare, amnesty, etc), then we need to….”

Being a Geometry ace, an English major, and a seeker of truth,  I am a big fan of the “If, then” sentence construct and of honesty, so let’s start by having an open, honest conversation about the Democratic party (D) and their Congressional Progressive Caucus (CPC).

If we take a look at the membership of the CPC, then we find many members who started their political careers as card carrying socialists, sympathizers and activists.  One member, Bernie Sanders, doesn’t hide from the fact that he is a socialist, so why does he have an (I) after his name for “Independent?”  Independence and socialism have nothing in common –unless you consider Venezuela the beacon of liberty (ICYMI, they are running out of water).   If Bernie Sanders is a proud Socialist, then Bernie deserves an (S) behind his name. The Independent Party should attract and elect members that are, in fact, independent.

Another member of the CPC, Luis Gutierrez (D), channeling a typical, Socialist battle cry,  publicly predicted /encouraged a rising militancy against those who disagree with President Obama’s Executive Order for Amnesty–an executive order found to be ILLEGAL by a federal judge. Those who disagree with this illegal action, those who uphold the law, are referred to as Xenophobes, by Congressman Gutierrez.  If we are to have an honest conversation, then we should ask the congressman if he is still a member of the Puerto Rican Socialist Party, a Marxist, Leninist entity, or if he had denounced this organization when he ran for office as a Democrat in Chicago. 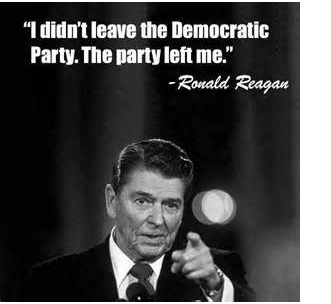 If that question is answered by him publicly, we can then begin to have an honest discussion about his ideas and motives for political action and the fundamental change he voted for–twice.   If Congressman Gutierrez was a socialist prior or up to 1986, and then ran and won as a Democrat, is it a stretch to say that his socialist ideology found a home in the Democrat Party?  Does he still have an ideological stake in his quest for workers rights, social and environmental justice, and the ending of US imperialism, or did he come to the realization that socialism only works until you run out of someone else’s money?

There has also been a great deal of talk, by disgruntled conservatives and Ron Paul supporters, about the need for a third party. Judging by the last election, I would purport that liberty and freedom do not need to be separated in order to win elections.   Based on the membership of the CPC, I would like to suggest that the Democrats split into the Blue Dogs and the Socialists (aka Progressives). This new third party would give the electorate the transparency they were promised.  If their constituents find hope in socialism, then they can vote for it.  May the best brand win.

The progressives need to stop making an ass out of themselves– by hijacking the D and the donkey, unless the Ass has bucked JFK in exchange for Marx.  If that is the case, then the Democrats need to rebrand themselves and say it loud and say it proud, “We Are Socialists.”  If that happens, then we will have an open and honest conversation about the direction of our republic and our nation of laws.