Not since Ronald Reagan, has the GOP succeeded in capturing a majority of women voters. In every election since Ronald Reagan, Democrats have maintained a healthy 7-12 percent advantage in women voting for the Democrat in presidential elections.  How did Reagan secure the magic number of 56% of the women’s vote?  I would argue it was because he kept his optimistic message the same when speaking to both men and women.  Reagan didn’t view women as a group who require special needs or as a class of people who could not succeed with out government intervention.  He regarded them as equals. No matter what fear tactics the left uses, women are not a monolithic group.  We are not born into victimhood; we are not Julias; we are not Flukes; and, young women should never be expected to pee and vomit on themselves in order to fend off a rapist.  Yet these memes are exactly what The Left champions to scare the female voter into witless capitulation. How empowering.

Reagan spoke in simple, economic terms in relation to the lack of freedom and achieving the American Dream as direct consequences of large government and excessive spending and debt. He spoke to the power of the individual and their innate freedom which only flourishes and is realized when government is small and efficient. One needs not to look any further than the winning Republican Party Platform of 1984 to craft a winning message to attract female voters.  The platform worked in capturing the women’s vote, and as history has a tendency to repeat itself, a large part of this platform can win again.

Not surprisingly, when it comes to voting, women, like men, vote with their pocketbook,  and as females continue to dominate the field in ownership of new and small businesses, balance work and families, and are becoming the largest demographic to enter college or the workforce, you can rest assured that women will continue to vote with their pocketbook.  But, according to “female freedom fighters” like Hillary Clinton and Elizabeth Warren, these woman entrepreneurs don’t create jobs. Likewise, with the left’s policies and continued calls for expansion of government, most American women are subject to larger tax bills; larger grocery bills; larger utility bills, larger healthcare bills–resulting in less money to spend on themselves or their own families and less money for basic essentials and savings.  The true #WarOnWomen is not found in binders, but in the record number of  unemployed women. Of those women who are employed, more and more of their hard-earned money goes toward the greediest–the government, and not the neediest.

In relation to the poor, when it comes to voting, women tend to be more altruistic in that they believe that government has a duty to help the poor. To an extent, this governmental duty may be true, but the solution to this problem should not be redistributive, it should be reformative.  From the Platform of 1984:

“It has been said that mercy must have a human heart and pity a human face. We agree. Democrats measure social programs in terms of government activity alone. But the divine command to help our neighbor is directed to each individual and not to a bureaucratic machine. Not every problem cries out for a federal solution.

The great tasks of compassion must be accomplished both by people who care and by policies which foster economic growth to enhance all human development.”

In relation to human development, women and men vote the same when it comes to abortion. Dear GOP, Roe V Wade will not be overturned so don’t let the left make it an issue. More and more young women are entering the Pro-Life Movement than ever before.  Let these women be the future leaders of the movement and be the change they wish to see in the world.

A majority of women still voted for Reagan when he promised to abolish the Department of Education. So reduce it, reform it, or abolish it. Every mother I know, including teachers, are not fans of Common Core.  Common Core is a product of the Department of Education and a symptom of large, over-reaching government. When 2 plus 2 may or may not equal 4, there is no one on the left that can explain this, but if they want to, please give them the floor. 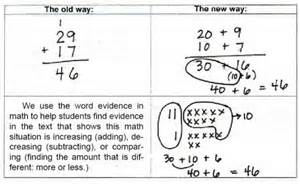 If two plus two doesn’t equal four, then this may explain the faux meme of Equal Pay for Equal Work.  Sounds great, but statistics show that women are earning more than ever as they continue to enroll in higher education and enter the workforce in record numbers– unless these women are working for Barack Obama or Hillary Clinton.  Those women working for Clinton only earned 71 cents of every dollar  in comparison to the majority of their male counterparts.  Even the Lily Ledbetter Act, signed by Barack Obama in 2009, still hasn’t closed the pay gap in his administration.

So GOP, in order to close the “elusive” gender gap, the GOP platform of 1984 should do the trick, and since George Orwell’s 1984 is flying off the shelves, 1984 is making a comeback in many, many ways.