Assimilation is a crime against humanity…There is no moderate or immoderate Islam. Islam is Islam, and that’s it…The mosques are our barracks, the minarets our bayonets, the cupolas our helmets, and the faithful our soldiers.

The progressive altar of multiculturalism and diversity was bloodied yet again with the lives of the innocent.  Many young girls, one as young as eight, were savagely murdered by a 22 yo Islamic suicide-bombing loser who detonated a bomb full of nails, bolts and other shrapnel. 22 innocent people murdered, families obliterated, dozens maimed and scarred for life by, yet again, another Muslim male.

Progressive leaders and politicians in the UK are just as much to blame for this Islamic carnage and wear the blood of these victims on their hands. Progressives in the US are equally as guilty as the progressive mantra, spouted by both Hillary Clinton and Barack Obama, have provided protection for the jihadists by their willful avoidance of identifying the enemy of Western Civilization. 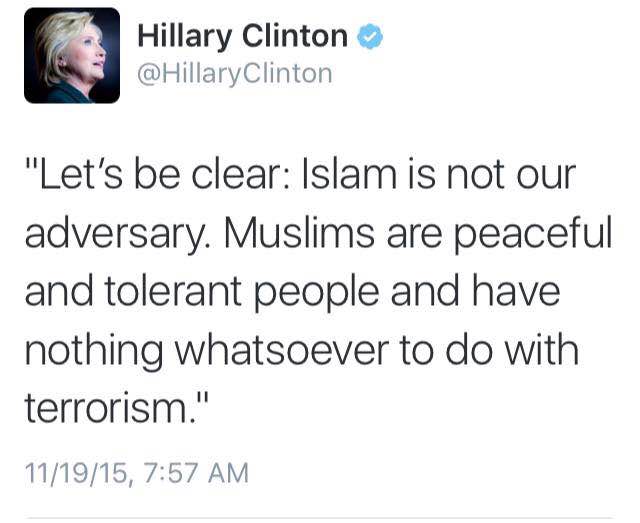 Pray for Manchester?  Why not.  How about we pray that the leaders in the UK pull their progressive heads out of their asses in order to start protecting their citizenry instead of protecting jihadists through accusations of Islamaphobia levied against any outspoken observer or skeptic of Islam.

In the UK, it’s a hate crime to speak truthfully about Islam.  I guess it’s not a hate crime to destroy families and cultures with seventh century savagery and blow up little English girls.

Prime Minister Theresa May would not only be wise but HUMANE to ban No Go Zones, burkhas, radical Imams, and Sharia Courts that have invaded swathes of Great Britain.  The centuries-old Islamic Conquest has penetrated the UK so deeply that the most popular name of new born boys is Mohammed.  The first Muslim Mayor of London, Mayor Khan, said that “terror is just par and parcel of living in a big city.”

Really?  I am old enough to remember a time when terror wasn’t par and parcel of living in a big city.  Maybe in third world hellholes terror is a common occurrence, but not in any civilized society.  The political theology of Islam and cultural, legal norms of Sharia, is anything but civilized, unless you consider female genital mutilation, honor killings, the execution of homosexuals, stoning of rape victims, and treating women like chattle,  cornerstones of  free civilizations.

This normalization or mainstreaming of terror protects jihadists and destroys civilized cultures and innocent lives–generations of families destroyed. But hey, par for the course of living in a big city, according to Londonistan’s mayor.

The choice between accepting little girls being blown up in the name of this sickening death cult and exterminating this evil should be an easy one.  Yet, when progressive leaders welcome unvetted “refugees,” allow jihadists to walk amongst their citizens, and then accuse those citizens of Islamophobia for expressing their fears, they are no better than the savages who they have allowed to invade their countries and endanger their citizenry. Progressive leaders are not only de-facto savages, but are traitors to their homeland for willfully endangering their citizenry in the progressive guise of multiculturalism and diversity.

And if you think anything I just said is Islamophobic?

If you want to coexist with Islamic savages, ISIS is looking for new recruits. I am sure there is a nice flat in a Shariah No-Go Zone in London for you. Yet, I hear it’s a little rainy this time of year but a burkha should keep you nice and dry, you soulless, ignorant, progressive piece of human debris.