“Ladies and gentlemen, history has placed us at a fateful crossroads. We must now choose between two paths. One path leads to a bad deal that will at best curtail Iran’s nuclear ambitions for a while, but it will inexorably lead to a nuclear-armed Iran whose unbridled aggression will inevitably lead to war.

The second path, however difficult, could lead to a much better deal, that would prevent a nuclear-armed Iran, a nuclearized Middle East and the horrific consequences of both to all of humanity.

You don’t have to read Robert Frost to know. You have to live life to know that the difficult path is usually the one less traveled, but it will make all the difference for the future of my country, the security of the Middle East and the peace of the world, the peace, we all desire.”

“Iran and ISIS are competing for the crown of militant Islam. One calls itself the Islamic Republic. The other calls itself the Islamic State. Both want to impose a militant Islamic empire first on the region and then on the entire world. They just disagree among themselves who will be the ruler of that empire. In this deadly game of thrones, there’s no place for America or for Israel, no peace for Christians, Jews or Muslims who don’t share the Islamist medieval creed, no rights for women, no freedom for anyone. So when it comes to Iran and ISIS, the enemy of your enemy is your enemy.”

Nancy Pelosi may be saddened by the insult to the intelligence of the United States ,but a majority of the American people are insulted that we have a Commander in Chief who cannot say Jihad and Islam in the same sentence. Furthermore, Obama “read the transcript” of the speech and “learned nothing new.”  If Obama gets his news from the newspaper, just like the rest of us “folks,” perhaps he missed the Worldwide Threat Assessment report delivered by the Director of National Intelligence, James Clapper, in March of 2013, which supports PM Netanyahu’s speech.  When the pro-western Green movement, (the largest Iranian movement since overthrow of the Shah in 1979) took to the streets of Iran, and in direct response to the election of Mahmoud Ahmadinejad, Obama had a chance to show support for the freedom loving Iranian people.  But Obama chose “not to meddle.” Obama’s legacy with Iran will mirror Jimmy Carter’s.  But in this mirror, there is not only radical Islam, there is a mushroom cloud.  God help us.

Oh, and those on the Left?  This is What Democracy Looks Like” #FreeIran 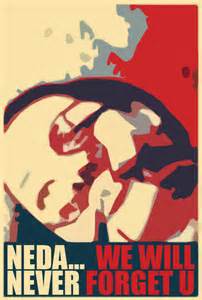 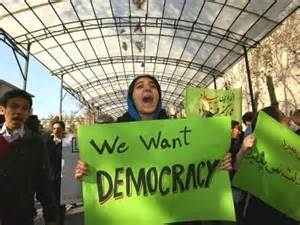 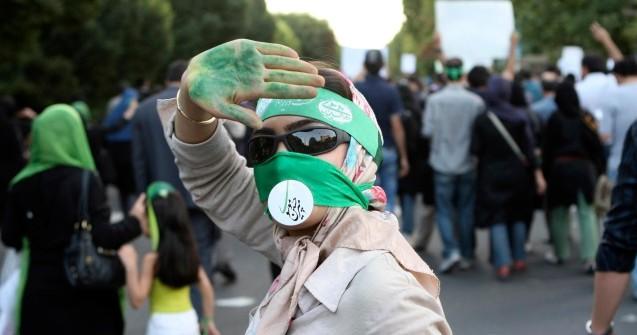