“We should be paranoid because what Google and Facebook can do is really mind-boggling.”

In  2015, Dr. Robert Epstein published ” The Search Engine Manipulation Effect (SEME) and its Possible Impact on the Outcomes of Election.”  In an interview with Tucker Carlson, Dr. Robert Epstien, research psychologist at the American Institute of Behavioral Research and Technology, discusses an upcoming presentation on “The Search Suggestion Effect (SSE): How Search Suggestions Can Be Used To Shift Opinions and Voting Preferences Dramatically.”

“For example, if Mark Zuckerberg on election day last year, if he had chosen to press the enter key early in the morning and just sent out a message to Hillary Clinton supporters only saying, ‘Go out and vote,’ that would have sent her an additional 450,000 voters that day with no one knowing that this had occurred. And that’s just Facebook.”

“What Google can do is really off the scale. Our studies show that Google can take a 50-50 split among undecided voters and change it into a 90-10 split with no one knowing they had been manipulated and without leaving a paper trail.”

“It has to do with those search suggestions. Literally from the very first character that you type into the search bar you are being manipulated,…and we’ve done 16 months of experiments. We’ve done all the research now and we know exactly how this works… The threat is absolutely, positively profound.”

An analysis performed by The Western Journal found that censorship of conservative content and voices have increased dramatically since February when Facebook began changing their algorithms to expand into “quality” news media.

The Western Journal reports: “Campbell Brown, a former anchor on NBC and CNN who now leads Facebook’s news partnerships team, told attendees at a recent technology and publishing conference that Facebook would be censoring news publishers based on its own internal biases:

“This is not us stepping back from news. This is us changing our relationship with publishers and emphasizing something that Facebook has never done before: It’s having a point of view, and it’s leaning into quality news. … We are, for the first time in the history of Facebook, taking a step to try to to define what ‘quality news’ looks like and give that a boost.” 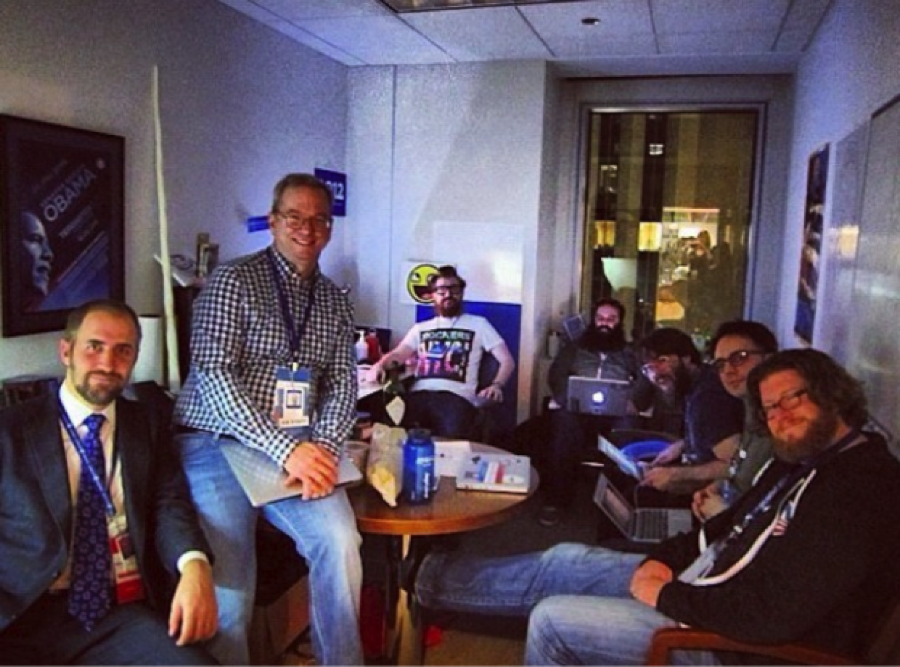 (Schmidt pictured (2012) in  “The Cave” with the “digital masterminds” of the Obama campaign).

According to Tech Crunch: “Chief Business Officer Phillipp Schindler said ‘Google has already been adjusting its algorithms to prioritize ‘more authoritative sources,’ and it’s also highlighting verified sources in its results with a Top News section…Google search ‘by its very nature depends on the open web and depends on open access to information and that obviously depends on high quality information.’

Second, he noted that Google’s DoubleClick ad business is all about splitting revenue with publishers, with $12.6 billion paid out to partners last year. ‘The economics are very clear: ‘If you do not grow, we do not grow,’ Schindler said.”

“Quality” news…with a bias.  Search results…with a bias. A bias self-generated and protected by censorship-centric algorithms, created by progressive tech titans, who will then pay their progressive partners and punish their conservative competitors; and who will, according to Dr. Epstein’s past and upcoming research, influence voters and impact the 2018 elections.  This biased influence, and the role of  Google’s active relationship with the government, is a far greater danger than Macedonian bot farmers– to not only free and fair elections, but our fundamental rights protected by the First Amendment.