Over the past year, I have raised serious questions and concerns regarding the integrity of the 2016 Nevada election. In these previous reports, I could not disclose the evidence from our independent investigation of Assembly District 15 in Nevada. Thankfully, I can now divulge these findings compiled by Lenny Davis, a retired federal agent of 31 years, and who is now running an investigative firm in Las Vegas.  Lenny volunteered his time and resources to investigate the 3,000 first-class campaign mailers and envelopes that were returned by the post office as “undeliverable” to Stan Vaughn, a Republican candidate in Assembly District 15. 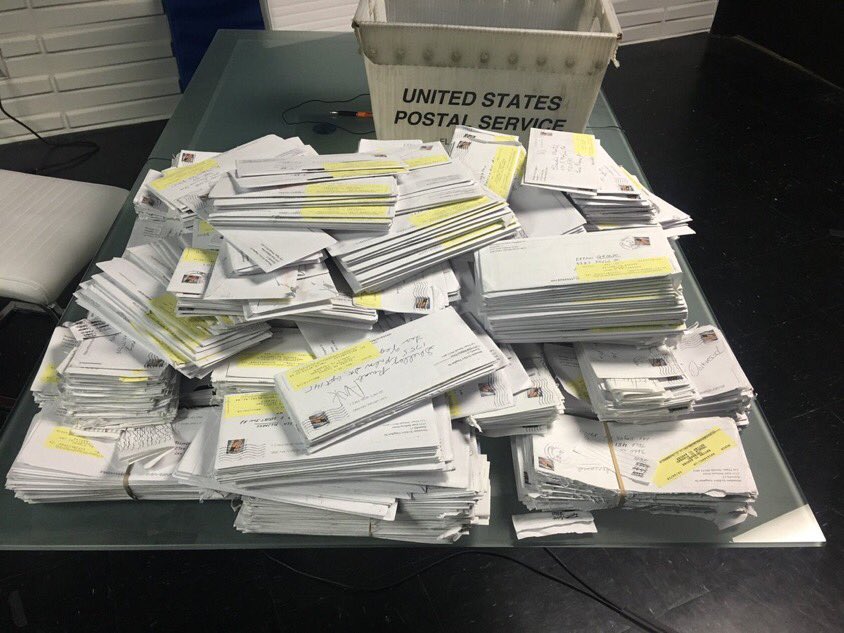 The following information and evidence was turned over to the FBI in an investigative report produced by Lenny’s firm:

Additionally, a whistleblower from a Clark County post office said that the process for collecting returned sample ballots had changed two weeks into early voting and bins of sample ballots simply “disappeared.” Sample ballots are the golden ticket to voting in Nevada, whereby a sample ballot can be used at the polls for voter verification. In our interview, which was included in the investigative report, the whistleblower indicated that three other postal workers were willing to come forward.  To our knowledge, none of these postal workers were interviewed by a FBI agent.

According to Lenny Davis, he doesn’t believe the FBI ever opened an investigation into Assembly District 15, and Registrar Joe Gloria of the Clark County Election Department dismissed our evidence as old evidence.

But what good is any evidence if the Secretary of State, the DMV, or Clark County Elections Department cannot verify the citizenship of registered voters?

There Is No Honor Among Thieves

When the Nevada Secretary of State, Barbara Cegasvsky, announced she would seek reelection in 2018, she highlighted the need to work with state and local officials to ensure the integrity of Nevada’s elections. Last April, Cegavske announced she had evidence of 21 green card holders who illegally registered to vote at the DMV, yet she could only confirm that three of those green card holders had voted in the 2016 election.  She blamed the DMV and cited their registration procedures which led to these non-citizens voting. However, due to a Memorandum of Understanding, the DMV cannot verify the citizenship of registered voters and is required to turn over any “suspicious” registrations to the Clark County Election Department for verification.

As a follow up to this response, a Nevada resident sent an email to the Secretary of State asking which official or agency is responsible for verifying the citizenship of registered voters.

The resident received this reply:

It is important to note, that during voter registration drives in 2016, Democrats, illegal aliens, DACA recipients, progressive non-profits, and unions registered voters at a variety of locations including  taco trucks.

In summary, not one elected official, investigative agency, or the Registrar at the Clark County Election Department is verifying the citizenship of voters in Nevada.

Every election in Nevada relies on the honor system and Nevada is not alone.

In a 2016 interview with a Dreamer, President Barack Obama encouraged voter fraud:

“When you vote, you are a citizen yourself.  And there is not a situation where the voting rolls somehow are transferred over and people start investigating, etc.  If you have a family member who maybe is undocumented, then you have an even greater reason to vote.”

Dreamers are not citizens, yet approximately  500,000 of them obtained Social Security numbers through DACA.  If any Secretary of State is checking Social Security databases to verify voter eligibility, how are these Dreamers identified as ineligible to vote?  Simple answer.  They are not.   Knowing that there is no honor among thieves, as Barack Obama demonstrated in his interview, this question must be answered:   How can a Secretary of State or a Registrar verify the legitimacy of an election if they cannot verify the legitimacy of the voters?  Until this answer is provided, and there is a political will to investigate fraud and enforce and defend existing constitutional law, we can expect that dirty politics and dirty rolls will lead to dirty elections.

Leave a Reply to What? Cancel reply