If guns commit murder, then it’s not a stretch to say that vehicles are killing the environment. Right? “Car Emissions vs. Car Crashes: Which One Is Deadlier?” reads a headline in Mother Jones magazine. “Car emissions are deadlier than car crashes,” they conclude. 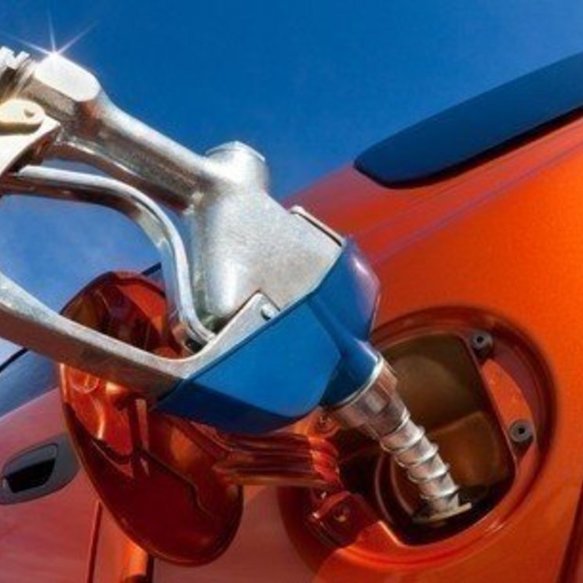 To most Americans the car, perhaps more than any other item, has long represented freedom and opportunity. But at a time where freedom, opportunities and liberties are being rapidly taken away by government, symbols of individual freedom become more important.

Chalk this up to another from the “You Can’t Make This Stuff Up” file. “People are taking advantage of cheaper gas to drive more,” Galbraith says. “People are also are favoring gasoline-fueled cars over alternatives.”

Gov. Jerry Brown has decreed California drivers will cut vehicles’ gasoline use in half by 2030 – “whether you like it or not,” as the Lt. Gov. Gavin Newsom is famous for saying. Brown is attempting to do this through the California Air Resources Board, an unelected board of political appointees similar to the Politburo – with Brown’s blessing.

“Gov. Brown Wants You To Pay For Fixing Roads”

We’re still not sure why Governor Green did this if he wants cars off the road: “California Governor Signs Bill Giving Illegal Aliens Access to Driver’s licenses.“

Apparently, what we Californians who live in the 3rd largest state in the nation, must need, is automobile-control laws, just like our gun control laws.

Anticipate that Jerry Brown will begin to require background checks on new auto purchases. Then he will outlaw certain types of gas-guzzling cars.

Perhaps now de Leon should author legislation to paint the Smart Car and Nissan Leaf bright colors so they won’t be mistaken for real cars.

There was the bill to outlaw “Ghost Guns,” to force California gun owners to register any and all future or previously home-built firearms regardless of type.

Jerry Brown can do the same with autos: He should sign a bill to outlaw after-market Muscle Cars, typically modified by fast car-loving gear heads. Start with the 1964 Pontiac GTO Tri-Power, the 1971 Plymouth Hemi Cuda, the 1969 Dodge Charger R/T-SE, and don’t forget the 1967 Shelby Cobra.

In other words, Brown can create a whole new class of criminal – the troglodyte Muscle Car owner.

Jerry Brown and his progressive Legislature can now ban vehicles capable of holding more than 10 passengers. Large families will be required to take public transportation.

Brown can require background checks for gas purchases of more than $50.00 and create a database of car owners who regularly purchase too much fuel.

AB 711 in 2014 by Democrat Assemblyman Anthony Rendon banned lead ammunition. The bill essentially banned hunting under the guise of “protecting the environment.”

Jerry Brown can ban the use of high-octane gasoline, as well as Nitrous Oxide for racing.

Then-Assemblywoman Nancy Skinner from Berkeley authored AB48, which now prohibits the sale of gun kits to convert conventional firearms into semi-automatic weapons, and bans the manufacture, sale or import of any device that enables a gun to fire more than 10 rounds at one time. Apparently guns are bad, but bullets are worse. At a hearing in April 2013, Assemblywoman Skinner said, “bullets are the very thing making guns deadly.”

Skinner should get a current lawmaker to outlaw tires, because everyone knows tires are the very thing making a car deadly. Just ask the Ford Motor Company and Firestone.

Ms. Skinner also authored AB 1014, which created “Gun Violence Restraining Orders” and “firearm seizure warrants” and authorized a court to issue a gun violence restraining order if a law enforcement officer asserts and a judge finds that there are reasonable grounds to believe that the gun owner poses an immediate threat — without prior notice and without the benefit of a court hearing.

Jerry Brown can force car owners to record mileage so the state can assess a tax for excess mileage. If you do not comply, Brown can issue an order claiming you pose an immediate threat to the environment, and confiscate your car.

Seems a bit excessive, doesn’t it? Jerry Brown and the California Legislature have done this in California with legally owned guns. They feel the same way about cars.

George Mason, a delegate from Virginia to the U.S. Constitutional Convention, believed the relationship between arms and liberty was crucial, and said history had demonstrated that the most effective way to enslave a people is to disarm them.

The Founding Fathers wrote into the Bill of Rights that rights are human rights endowed with by our Creator, and not rights granted by the government. The argument over the Second Amendment is not just about preserving this right, it is about making sure the government cannot take away citizens’ rights of any kind.